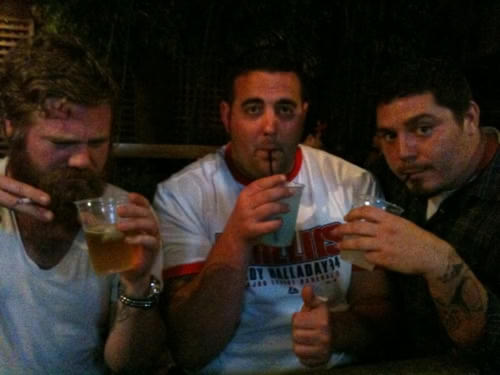 I’ve had more than my fair share of experience with drunk drivers in my life.

My family was hit by a drunk driver, my mother taking our Lincoln Town Car careening off an embankment avoiding front impact. We were supposed to be on our way out of town for vacation. I don’t really remember where we were going… who could?

I was hit by a drunk driver driving my husband and I home late one night. He was driving on a suspended license, suspended for multiple DUI’s. When sentenced, I was outraged. He got fourteen weeks in weekend prison, and still maintained driving privileges for work… leaving him and I share that same stretch of NC Hwy 150.

Perhaps most devastating was friends our family, when a drunk driver plowed into them sending their pre-school son flying a hundred yards from the car to his death, blood all over the pillow he was using moments before. I babysat their infant girl, who thankfully was safe secured into a infant car seat… I just had to careful remove glass from the folds of her most delicate flesh, where I’m not quite certain how it got there in the first place.

Growing up, my pal Ryan moved to Texas. He was a hottie playboy type, complete with the picturesque convertible. On some summer night in Texas, he was driving, post drinks, and flipped his convertible tumbling into his death.

So I find it a little hard to stomach the reaction of sadness around Ryan Dunn’s reported death (via my favorite news source, TMZ) and that he should “RIP”*.

First off, we’re talking about someone who made a name making a jackass out of himself, literally. So much so that his own fans are debating the validity of the claim that he’s even dead—who’s to say it’s not an elaborate hoax? (See the police department’s press release via the Hollywood Reporter.) We’re talking about a unfortunate role model for America’s youth, and not-so-young.

Second, if it’s true that he died, then I would have to say I feel more for the unidentified friend who died, and his or her family. I wonder how they feel about their child’s jackass friend right now?

Third, why aren’t we MADD about his drinking and driving? Reports say speed may have been a factor—hmm, yes, speed made him run off the road, but poor judgement put him behind the wheel, no? One could argue this jackass’ judgement seems/ed impaired, with or without alcohol—but I’m sure that it wasn’t a factor in the scenes that led up to hurling his car over the guard rail into trees ending in flames and dead bodies.

He tweeted a photo of his drinking at a party—is one of these guys the other dead one?—and was reported to be “not too drunk to drive“—are you kidding me?! The American culture frustrates me with our collective stupidity. Even if all he had was three Miller Lites and three “girly shots” (hmmm… I don’t know anyone who puts lime in their Miller Lite, do you?) are we going to downplay the role of alcohol and excuse it’s consumption saying that he wasn’t too drunk to drive, as opposed to being too drunk to do what?! Too drunk to fuck? 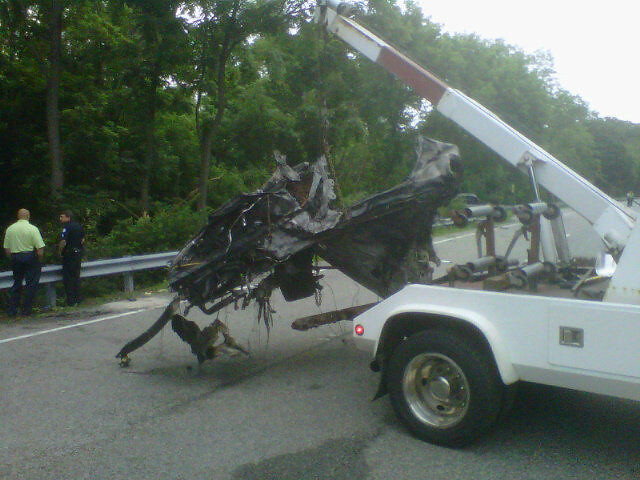 I guess there’s just one less jackass on the road.

“Call no man happy till he is dead.”—Aeschylus, Agamemnon

*Why worry?—Seems as a member of Camp Kill Yourself Crew, he’s achieved his aspiration—shouldn’t we be proud? I’m sure his friends and family are. And as for the guy in the passenger seat? I hope they can identify you, and I wonder if you lived close enough to walk home? A family friend, or just a fan who idolizes a jackass?

**P.P.S. I really couldn’t find a reputable news source as the basis of this story. TMZ seems to be it, and backed by reports from friends and family on Twitter.

When Ryan Dunn got behind the wheel of his fatal drive, his blood alcohol content was nearly 2.5 times the legal limit. Dunn crashed his Porsche Monday morning, killing himself and his passenger. The Daily Local News in Pennsylvania reported that West Goshen Police Chief Michael Carroll said Dunn’s BAC was .196 at the time of the accident; the legal limit in Pennsylvania is .08. Police also reported Tuesday that Dunn was driving his Porsche at a speed of 130 miles-per-hour when it skidded off the road, jumped a guardrail, and plunged into a wooded area, bursting into flames.