“That’s all I wanted, something special,
Something sacred in your eyes,
For just one moment, to be bold and naked
At your side” 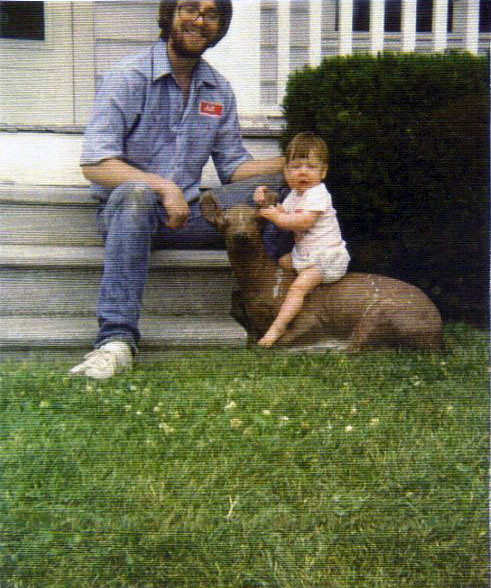 I wondered for a moment at who wrote it as I gestured over the comment notifications, coming to one from a name I know from my oldest memories, Rosalee.

Rosalee Matt was a great artist, he had his Lincoln Life uniform on. I hope Arlene saved some of his work, it was amazing.

Angela Baxley Hey Rosalee—unfortunately I don’t think we have anything left of his. It seems each piece one by one met by some untimely demise along the way. I’m most heart broken over the one he painted specifically for me. If you do come across anything of his, including reproductions, Heather and I would love to collect whatever we can. 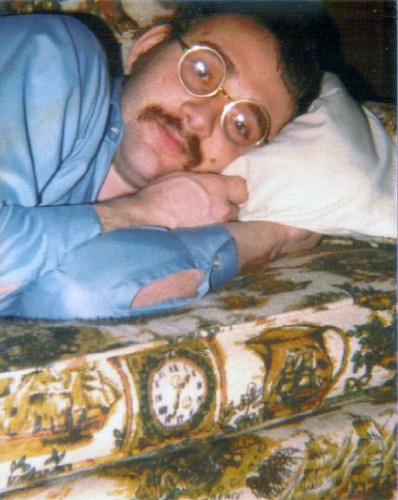 Pam That’s you, Heather—in his expression!

Lisa Is that the hat that they gave your brother in December? The one of your Dad’s!

Heather You know—I don’t know. I’ll hafta ask Momma. That would make it that much more special!

Lisa Yes it would.

Lisa That’s what I thought. I think it was Wonda was tagged, ended up being your pics. So I was checking them out again. But it’s time since your trip home. When I looked at this one I was like OMG I think that is the hat!

Angela Wow. That makes me so happy. I’ve always hated Matthew hasn’t had anything of his. It seems so unfair they never met—they look just alike. It’s so hard to see my father stuck at the same age as my brother. We’ve all grown older than he has now.

If you have any artwork by the artist Matthew Raymond Niblick (1958-1983), this is my father. Please contact me via spunkygidget@facebook.com. 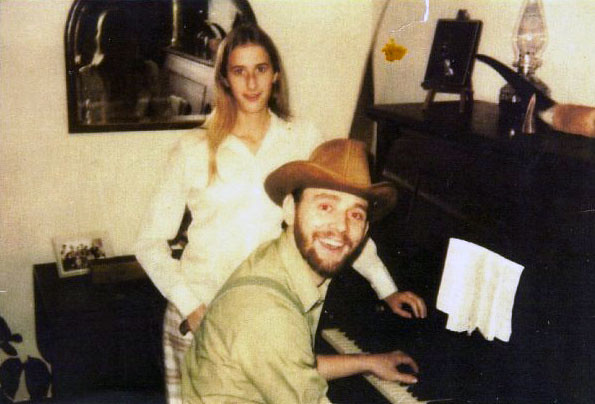 This morning via Twitter I was alerted to the Facebook “Other” inbox—others also being made aware that there might be messages missed… I went to check and there was a message from a nun in Wisconsin responding to this post. She had written in February:

A friend of mine is doing research on the paintings in the back of St. Michael Church, in Dane, Wis… I know that these were painted by Matthew Niblik as they are signed..

He painted these pictures when our church was new…1975. One of St. Michael sending Lucifer to hell, one of Our Lady of Guadalupe and one of our school and church.

I remember he had a sister who is a sister of St. Agnes…Sister Lael.

Not sure if this helps you.

I’m hoping to they’ll be able to send digital photos — so exciting to really get to see artwork of his we’ve never seen!

One thought on “Lost, Please Find.”