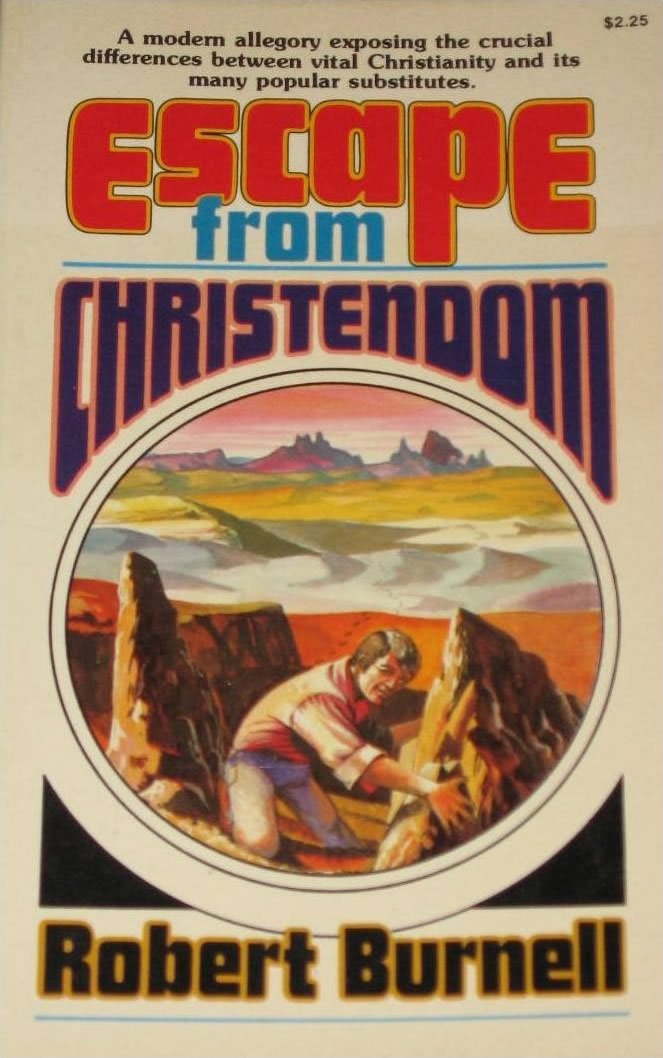 A friend and I were wondering about the etymology of the word Christendom the other day, and theorized that it might have meant to imply “Christ’s Kingdom”, only given Revelation, it would be the kingdom of the false Christ.

I then came across this story…

In my dream I see the lone figure of a man following a road. As the sun sets beneath the hills, a city comes into view. Nearing it, the traveler sees what appears to be a large group of churches. Spires and crosses pierce the skyline. His pace quickens. Is this his destination? He passes an imposing structure, a neon sign flashing “Cathedral of the Future.” Farther on a floodlit stadium supports a billboard boasting that fifty thousand people crowd into evangelistic meetings there three nights a week. Beyond this, modest “New Testament” chapels and Hebrew Christian synagogues cluster together on the street front.

“Is this the City of God?” I hear the traveler ask a woman at the information booth in the central square.

“No this is Christian City, “she replies.

“But I thought this road led to the City of God!” He exclaims with great disappointment.

“That’s what we all thought when we arrived,” she answers, her tone sympathetic.

“This road continues up the mountain, doesn’t it?” He asks.

I watched the man turn away from her and trudge on up the mountain in the gathering darkness. Reaching the top, he starts out into the blackness; it looks as though there is nothing, absolutely nothing, beyond. With a shudder he retraces his steps into Christian City an takes a room at a hotel.

Strangely unrefreshed, at dawn he arises and follows the road up the mountain again; in the brightening light of the sun he discovers that what seemed like a void the night before is actually a desert–dry, hot, rolling sand as far as the eye can see. The road narrows to a path which rises over a dune and disappears. “Can this trail lead to the City of God?” He wonders aloud. It appears to be quite deserted and rarely traveled. END_OF_DOCUMENT_TOKEN_TO_BE_REPLACED