“Intense creative episodes are, in many instances, indistinguishable from hypomania” — Kay Jamison

Besides the birth control pill, I’d only ever had two prescriptions, but those two were the dyna-combo to do me in—I suffered paradoxical effects from Clonazepam, and Ambien was no joke.

It took me until 2011 to make the connection.

I never took another pill, but was dismayed to learn just how long my body would take to be rid of the drug and it’s cognitive interference: difficulty concentrating, confusion, irritability.

Worse yet, it seems they’d broken my happy. 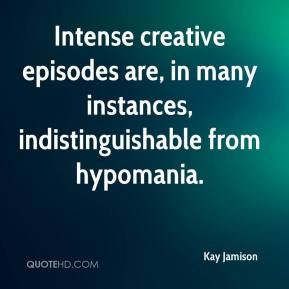 It seems the drugs cracked my stress immunity—I’m no longer as resilient as I was before.

Now? I feel more “normal”. I get stressed, and I get irritable—I also have a hypomanic edge.

The new book Generosity: An Enhancement poses the question, “What if there were a happiness gene?” Curiously enough it features a public debate between the two cultures, in which a tortured, charisma-challenged Nobel-­winning novelist fares badly against a glibly articulate scientist arguing the case for genetic engineering.

The central figure of “Generosity” is a woman ostensibly afflicted with hyperthymia — an excess of happiness. Despite the horrors of her past, she seems to be incurably optimistic and luminously happy. She quickly becomes the sun around which the entire group revolves.

The novel really kicks into gear when one of Thassa’s fellow students, temporarily unhinged by her goodness, attempts to rape her, then turns himself in. The story might have died after 60 seconds on the local news if not for the fact that Russell Stone uses the word “hyper­thymia” in trying to explain his exotic student to the police. Powers is especially effective at illustrating the way the story of the girl with the happiness gene spreads across the Internet and, only slightly less rapidly, the traditional media. Thassa’s mailbox starts filling up: “Strange people with Hotmail accounts want me to make them happy. One woman wants to hire me as her personal trainer. She thinks her soul needs a professional workout.”

Meanwhile, Kurton’s research team is on the verge of publishing a study that correlates specific genetic codes with emotional well-being. But despite the large sample on which the study is based, Kurton is holding back on publication, looking for some missing datum to confirm his findings. When Thassa’s story comes to his attention he thinks he may have found it…

That’s not my story, that’s fiction—Richard Power’s Generosity: An Enhancement.

I’ll tell my story, but for now…

In Case of Emergency

What else would you expect from a hyperthymic-hypomanic designer with a love of cog-sci?

Born to Be Happy, Through a Twist of Human Hard Wire
Standard