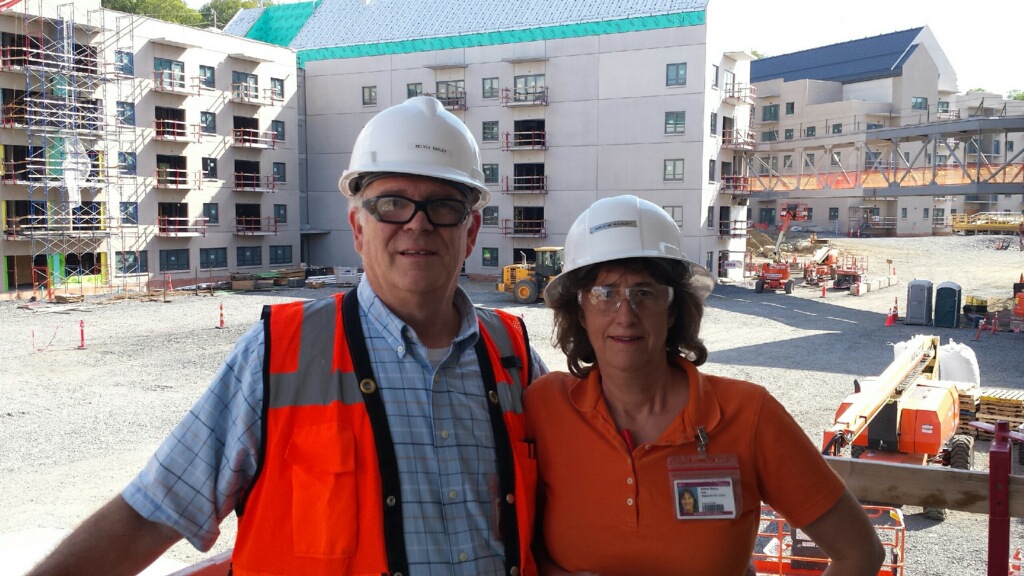 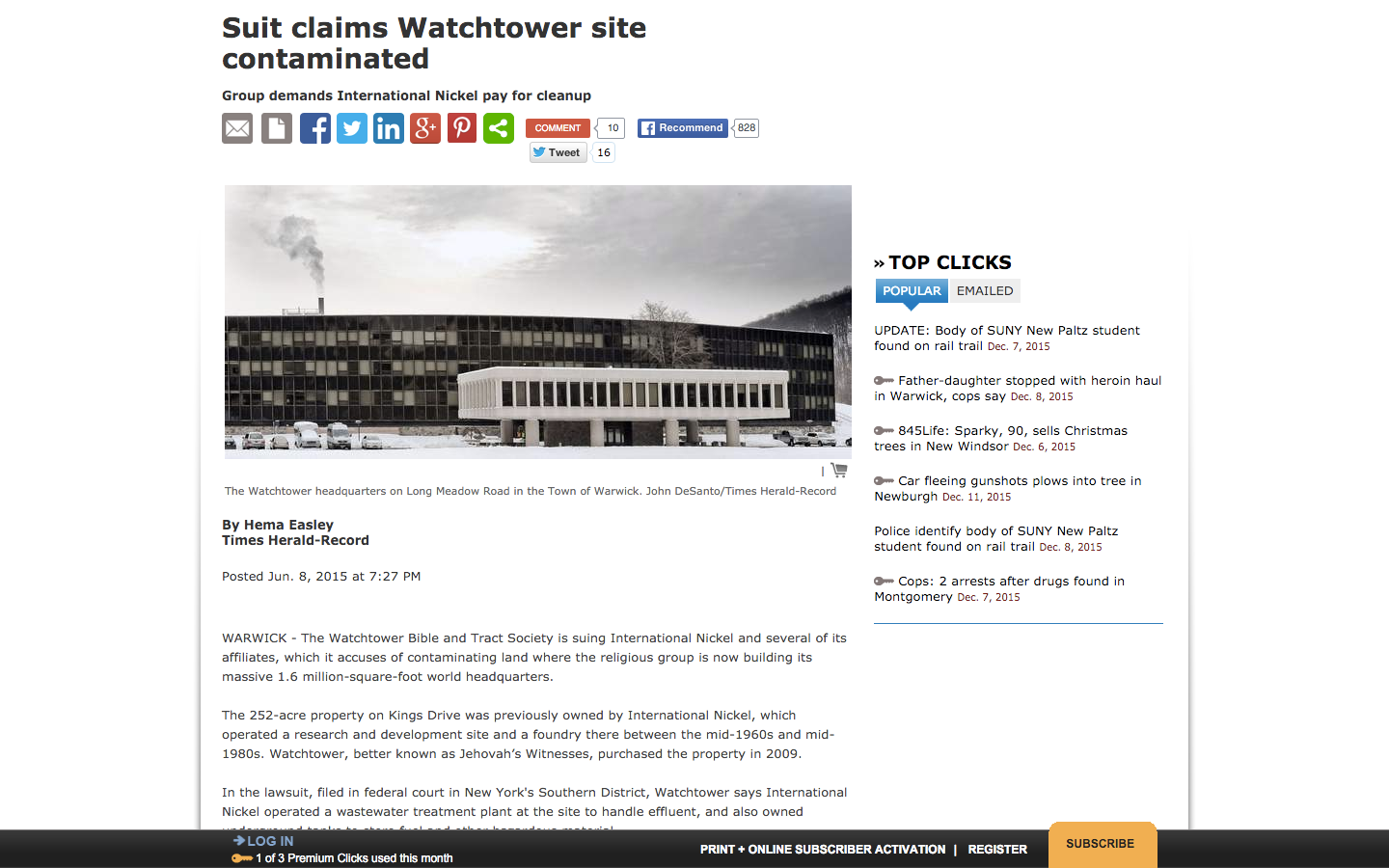 “Toxins cause leukemia, at least according to Mr. Rob0t,” Angela warns the volunteers working for ‘the Society’ at their new headquarters in upstate New York. Concerns are that while the Watchtower Society may be able to protect their vested interests in the property and it’s financial value, they cannot protect their volunteers from exposure to the toxic chemicals.

This is the story of how Brooklyn “Beth’el” became “Warwick“.

The Watchtower Bible and Tract Society began as simple American religion financed by William Henry Conley (11 June 1840 – 25 July 1897). William was trained by his uncle in the printing business for ten years, and was a Pittsburgh philanthropist and industrialist. He was married to Sarah Shaffer (1841–1908). Together, they provided organizational and financial support to religious institutions in the United States.

William Conley was the first president of Zion’s Watch Tower Tract Society, from 1881 to 1884.

In December 1884, the Society was incorporated with Charles Taze Russell as president.

In 1896, the Society was renamed Watch Tower Bible and Tract Society, and later became associated with Jehovah’s Witnesses.

In April 1909, the Watchtower moved to Brooklyn, New York.

#Jehovah’s #Witnesses are one of the largest property development #corporations in the #world–owning over 80,000…

In 2004 the Watchtower, the society began moving their headquarters after more than 100 years in Brooklyn, NY.

The new headquarters in Warwick, New York is being built by volunteer Jehovah’s Witnesses, such as my parents Arlene and Melvin Baxley (pictured above).

The Watchtower Bible and Tract Society is suing International Nickel and several of its affiliates, which it accuses of contaminating land where the religious group is now building its massive 1.6 million-square-foot world headquarters. Watchtower is seeking unspecified reimbursement for the cost it has incurred in the cleanup and remediation. It is also seeking damages, restitution and attorney fees.

In 2011 it was reported that the Watchtower Society was being Investigated for Illegal Toxic Dumping in Hudson Valley Watershed.

SHAWANGUNK — State authorities are overseeing the investigation of chemicals and debris that were found buried at Watchtower Farms.

The state Department of Environmental Conservation said the pollution was found at three different sites on the 1,141-acre property. Each of the pollution sites covers roughly 2 acres. Matt Hubicki, a DEC environmental engineer, said hints of the contamination were found in 2007 while the Jehovah’s Witnesses organization was building an expansion.

“They found some drums while digging the foundation for one of their residential facilities,” Hubicki said. The group immediately reported the drums to the DEC.

An investigation found that several 55-gallon drums contained chemicals, including inks and solvents that were used at Watchtower’s printing press off Red Mills Road. The gigantic printing operation dates back to the 1970s, and it produces all the religious literature the group distributes in North America.

The drums contained benzene, xylene and other chemicals that have been shown to affect human health. Construction debris and polluted soil was also uncovered at the sites.

DEC officials said it appears that Watchtower workers moved the toxic soil to these sites when printing chemicals spilled decades ago. Then they used farm machinery to aerate the soil and evaporate the contaminants.

An investigation that began this month will determine the scope of the pollution and clean-up options. Watchtower will have to pay for the cleanup; the cost has not yet been determined. The site is currently enrolled in the state Brownfield Cleanup Program.

NYSDEC has classified these as Code A sites. Regarding 21 South Putt Corners Rd New Paltz, NY12564 it stated:

“The site is currently zoned R-Ag 4, Residential-Agricultural use. During the 1960s and 1970s, Watchtower printing operations are reported to have involved on-site disposal of wastes, drums and construction/demolition debris. Prior to 1960s, uses included farmland and orchards. Depth to groundwater is 6 to 14 feet below the ground surface, and the groundwater flow is to the southwest. Soils are mostly brown and grey silty clay intermixed with gravel and construction/demolition debris (e.g., bricks, scrap metal). The Shawangunk Kill is approximately 3,400 feet to the southeast. Two private reservoirs and one catchment basin are located 1,800 feet to the southwest, and serve as Watchtower’s drinking water source. The Brownfield Cleanup Program application was approved by the Department of Environmental Conservation on 01/11/2011, and on 1/28/11 the Department executed the Brownfield Cleanup Agreement.”

One thought on “Watchtower Society Building Beth’el on Toxic Dump”