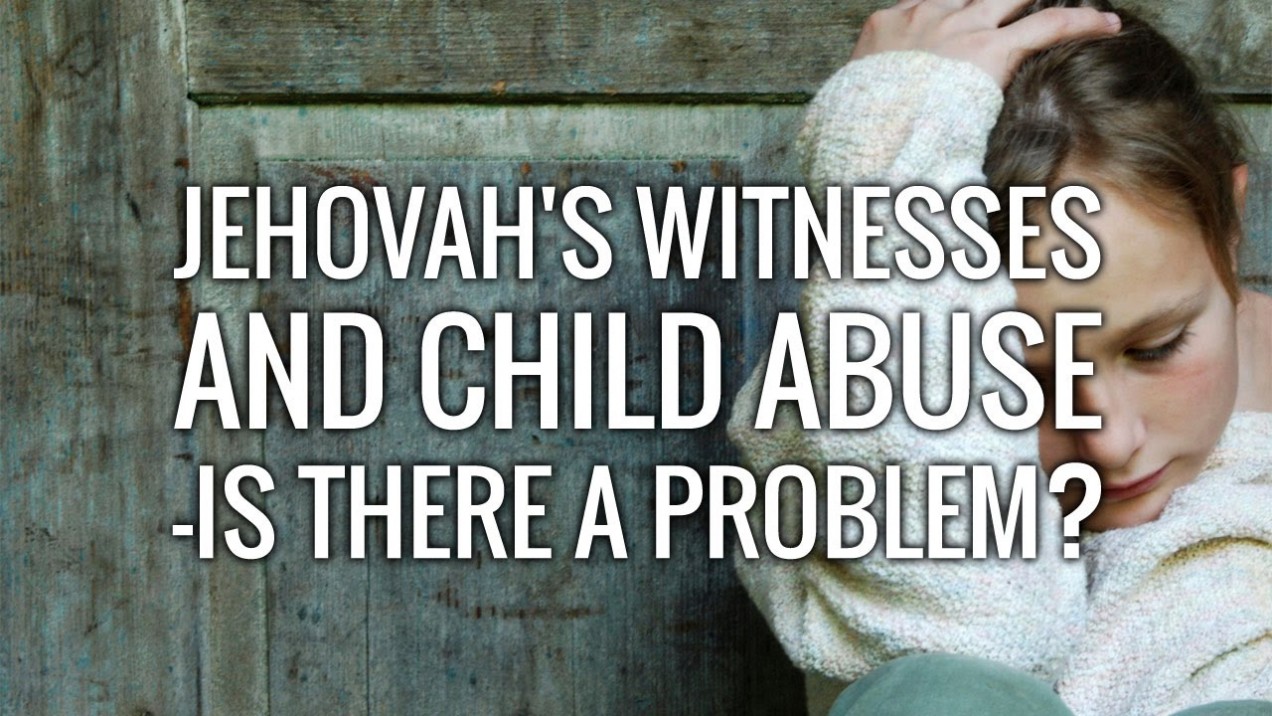 News reports claim that the Watchtower Bible and Tract Society, the official name for the organization that governs the Jehovah’s Witnesses worldwide, has been engaged in covering up child abuse within the religion on a massive scale.

But are these reports justified? Is this a case of an innocent religion being unfairly maligned because of the actions of one or two bad apples in their ranks? How many victims are there? Do the Governing Body know about these issues? What’s really going in the multiple courtroom cases that Watchtower has been fighting across the world?

Jehovah’s Witnesses and Child Abuse—Is there a problem?  is a painstakingly researched documentary that draws together evidence from sources spanning the past twenty five years…

The documentary was published on March 1, 2016 and produced by Lloyd Evans @CedarsJWSurvey, founder and Senior Editor of JWSurvey and activist (against cult indoctrination).

In the summer of 2002, Lloyd had his first taste of the controversy surrounding child abuse mishandling when, as one of Jehovah’s Witnesses, he was warned about a BBC Panorama program titled “Suffer the Little Children,” which exposed widespread molestation within the religion of his birth. He realized, in 2009 after waking up from indoctrination, that far from being “apostate-driven lies and dishonesties”—as one Governing Body member recently put it—the problem is bigger than we fully comprehend…

Please download this PDF to read some of the documents cited in Jehovah’s Witnesses and Child Abuse—Is there a problem? Watchtower and Awake magazines citations in this video can be found on the Watchtower Library DVD-ROM or, in some cases, online at JW.org.

We want the list of the 23,720 in the Watchtower’s Jehovah’s Witness database of their known and registered “child molesters” and pedophiles in their congregations in the United States, Canada and Europe. See clip here. Obviously and unfortunately, this number has only increased over time.

Watch a Governing Body member lie to get out of giving evidence… #jehovahswitnesses #abuse https://t.co/GNwnQTiHLx pic.twitter.com/Ti8RQjB34Q

Following the investigation, The Royal Commission website has extensive documentation and transcripts related to its investigation of Jehovah’s Witnesses.

For decades, the Jehovah’s Witnesses have used their First Amendment right to freedom of religion to defend their distinct beliefs and practices. Members are taught that Armageddon is imminent. To enter “God’s Kingdom,” believers must remain separate from secular society and obey the edicts of Jehovah’s Witness leaders based in Brooklyn, known as the Watchtower Bible and Tract Society. But in a San Francisco courtroom, these Jehovah’s Witness leaders stand accused of issuing and enforcing edicts that cover up child sexual abuse inside the organization’s 14,000 U.S. congregations. The Jehovah’s Witnesses maintain that the First Amendment protects their right to set their own policies, even in cases of child abuse.

6 thoughts on “Jehovah’s Witnesses and Child Abuse—Is there a problem?”