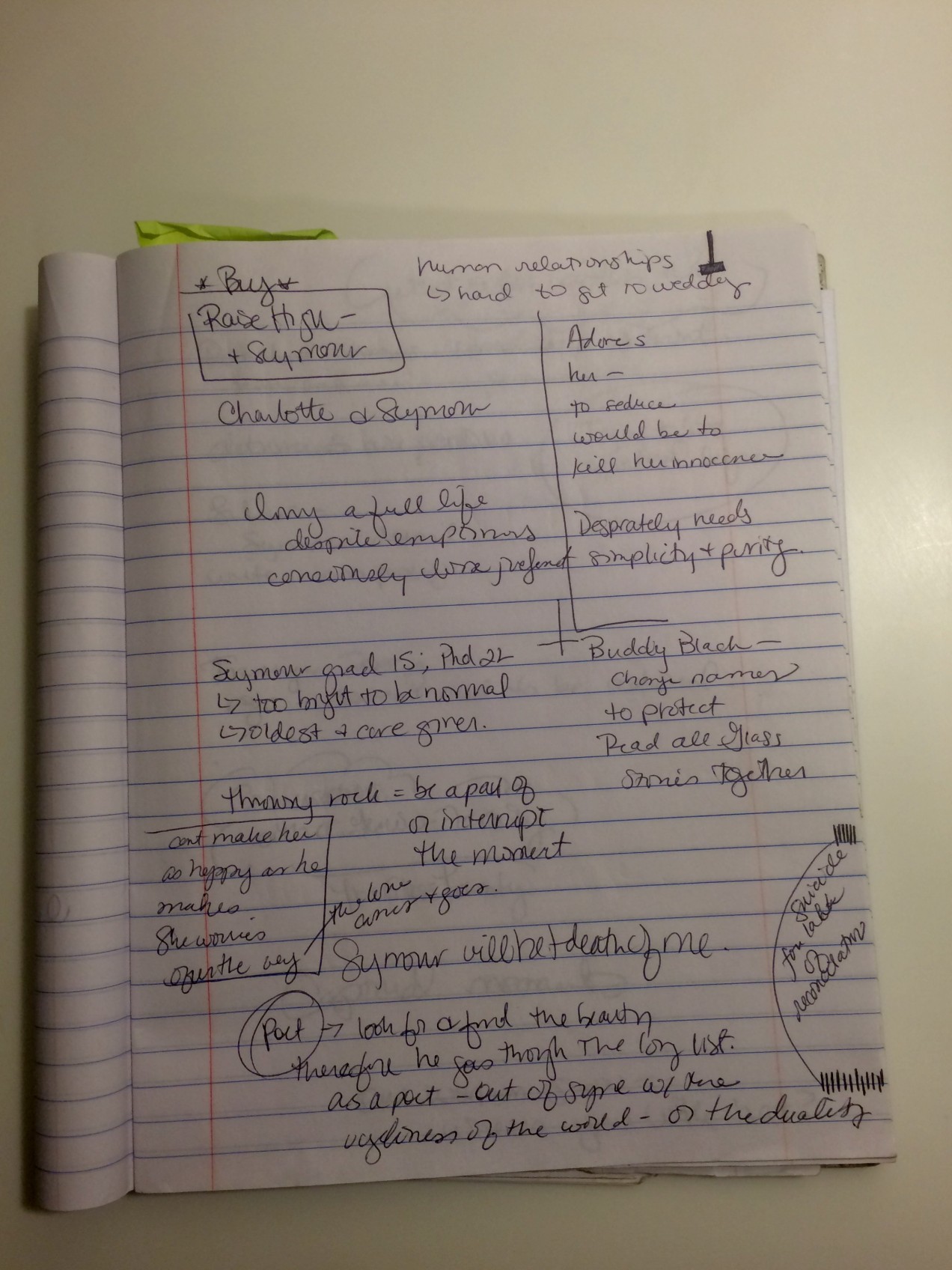 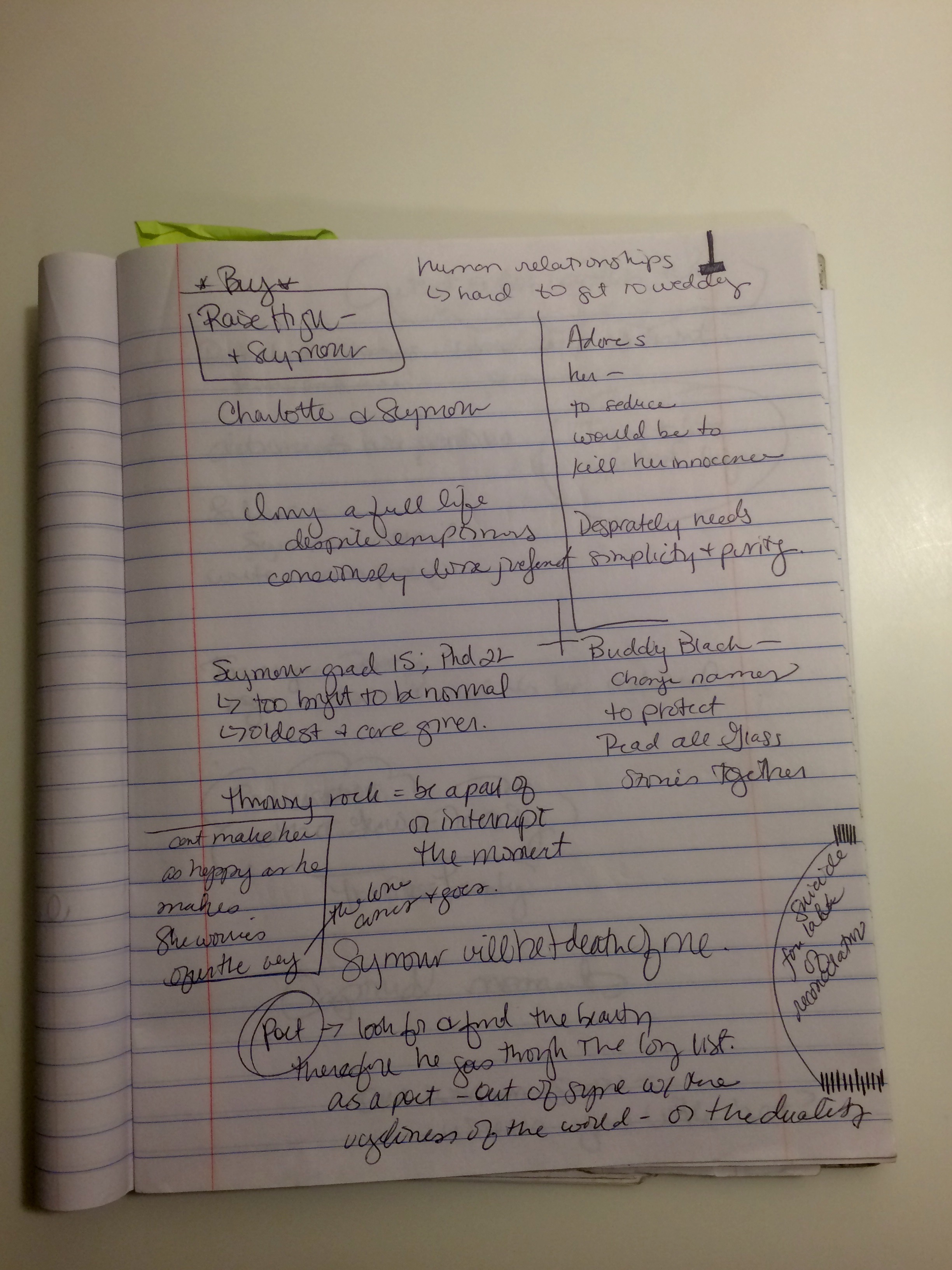 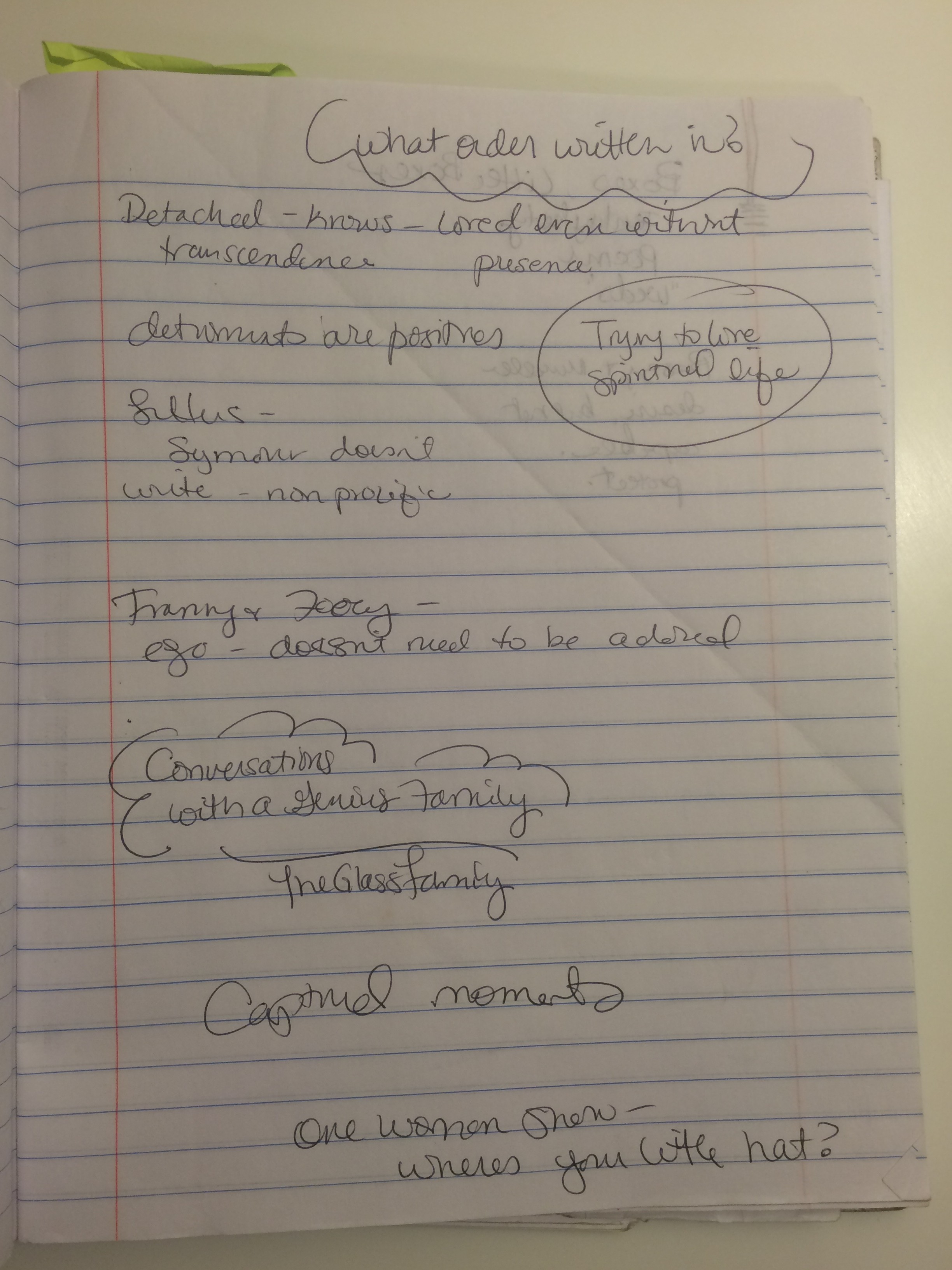 Beyond Catcher and The Rye, The Genius of J.D. Salinger, Angela Glass (2015) 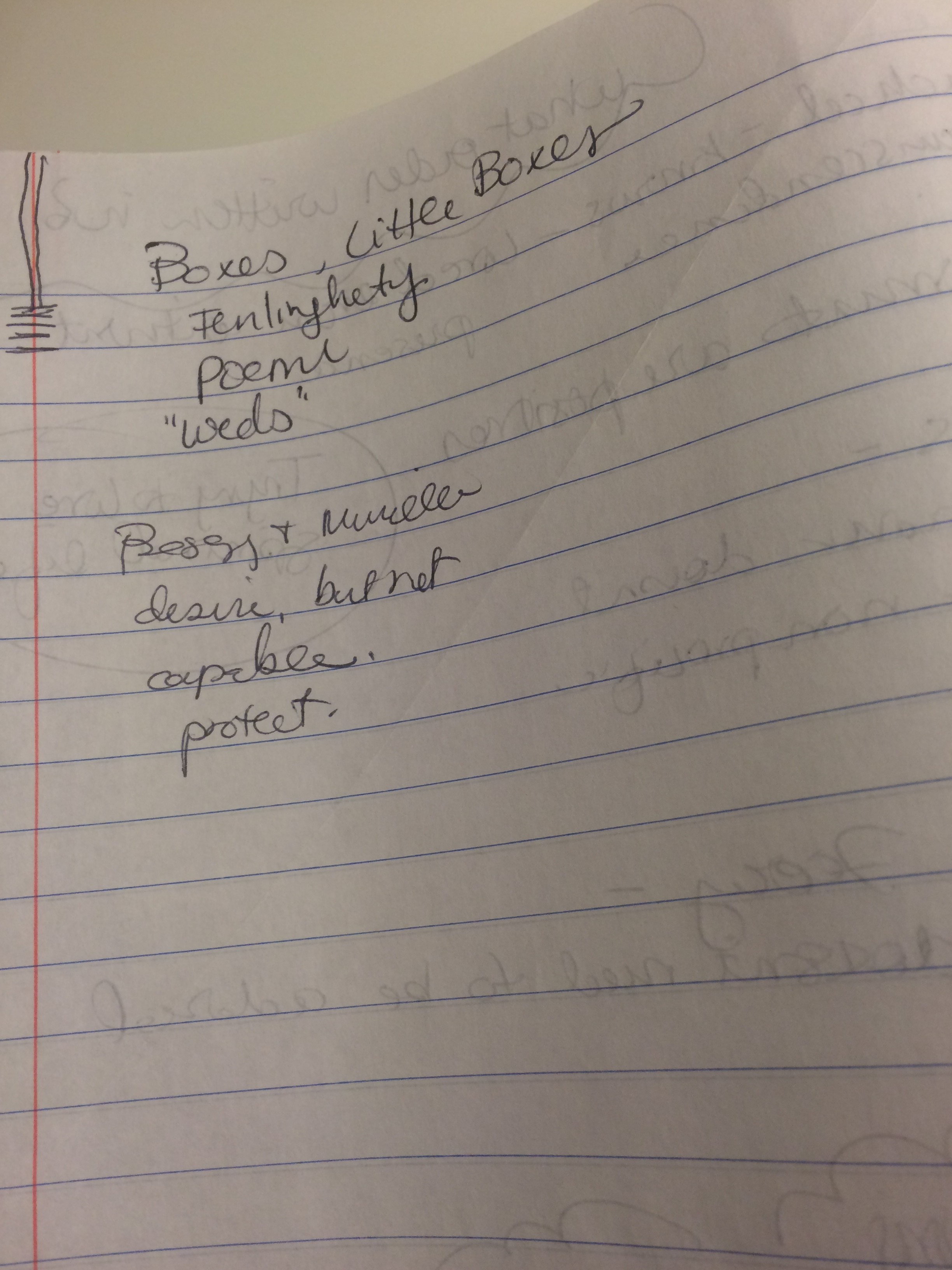 After the publication of The Catcher in the Rye on July 16 1951, J.D. Salinger devoted himself to the crafting of fiction that centered on religion and that exposed the spiritual emptiness inherent in American society. Salinger would use this message to challenge readers for the duration of his career. At first, the author struggled to find the right characters to convey his inspiration. After two attempts at religious fiction that he considered unsuccessful, the 1952 story “ De Daumier-Smith’s Blue Period,” and the 1953 story “ Teddy,” Salinger finally found the perfect vehicle for his message. He collected characters from past stories and bound them together into a single family: the Glass family. Developing characters that he described as “settlers in twentieth-century New York,” Salinger employed the seven children of Bessie and Les Glass to portray the agonies of searching for nobility and eternal truths while surviving in modern society.

Salinger spent years drawing characters into the Glass Family. Not until 1955, with the publication of “Raise High the Roof Beam, Carpenters” were the members of Salinger’s “settlers” assembled as a unit. In shaping this group of seekers, the author borrowed characters and events from previous stories much as he had done when constructing The Catcher in the Rye . From his 1948 story, “Uncle Wiggily in Connecticut,” he drew the character of Walt Glass. He tapped his 1949 story, “Down at the Dinghy” to bring Boo Boo ( Beatrice) Tannenbaum into the fold and to elevate her brother Buddy ( Webb) Glass as the series’ narrator. The main character of Salinger’s 1955 story, “Franny” was also included as the youngest of the Glass children. To crown the group, Salinger retrieved Seymour Glass from “A Perfect Day for Bananafish,” incorporating Seymour’s suicide as the pivotal event in the family’s lives. After adding the Glass’ youngest son Zooey and Waker as Walt’s twin, Salinger’s family set out on their quest.

These characters would continue to develop and expand for the remainder of Salinger’s career, sometimes to the delight of readers and often to the fury of critics. After the publication of “Raise High the Roof Beam, Carpenters,” Salinger released the novella “Zooey” in 1957 as a companion piece to the story “Franny.” In 1961, these two works were bound together into a single volume as Franny and Zooey . In 1959, The New Yorker published “ Seymour-An Introduction,” a controversial novella that concentrated on the lives of the two oldest Glass children just as Franny and Zooey had revolved around the youngest. In 1963, Salinger released “ Seymour-An Introduction” together with “Raise High the Roof Beam, Carpenters” as a book. The series final installment came in 1965, when The New Yorker featured the novella, “Hapworth 16, 1924.” Unfortunately, this work was unpopular and generated a frigid silence from critics. It tragically remains the last work of fiction ever published by J.D. Salinger.

Yet, the searchings of the Glass family is a journey that continues to this day. It is a vocation reawakened by each reader who, like the Glass family itself, seeks something of comfort and elevation in an otherwise callous and ego-filled world. The timelessness of this struggle – the struggle to perceive truth and discover love despite the illusions of the world – makes each installment of the Glass series as vital today as when first published. After forty-plus years, the Glass series remains among the most beloved sagas of American literature and the voices of its members continue to offer a resonance that is both moving and eternal.