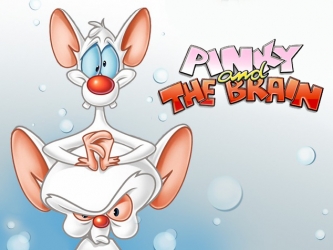 Before each night is done
Their plan will be unfurled
By the dawning of the sun
They’ll take over the world.

Pinky and the Brain gave me endless joy after school. For years, I’ve meant to get around to posting the compiled list (I have it on my hard drive somewhere for such a long time). Today, @dkr inspired me to get around to it.

END_OF_DOCUMENT_TOKEN_TO_BE_REPLACED

There were 11 people hanging onto a rope that came down from a helicopter.

Ten were men and one was a woman.

They all decided that one person should get off because if they didn’t the rope would break and everyone would die. No one could decide who would go so finally the woman gave a really touching speech saying how she would give up her life to save the others, because women were used to giving up things for their husbands and children, giving to men and not receiving anything in return. When she finished speaking all the men applauded.

Never underestimate the power of a woman.